Onshore wind turbines are not designed for “offshore conditions”, but they are often exposed to high humidity levels even when the ocean is nowhere in sight. Find out how exposed your wind turbines are and what to do about it.

Cotes is increasingly being contacted by large wind turbine asset owners [they understandably insisted on being anonymous] who have problems with their onshore turbines in locations like the North America, Brazil, south east Asia, Australia, England, Scotland, and Denmark. Coincidence? I think NOT! Every single one of these locations have one thing in common, and that is excessive levels of humidity.

So obvious and prolific is the issue, that we decided to create the Cotes Corrosion Index Map to help wind turbine asset owners and developers better understand the conditions their wind turbines are being exposed to and the benefits of having the right dry-air strategy.

What is the Cotes Corrosion Index Map?

This map plots official global weather data (average hourly values over a 10-year period for temperature and relative humidity) to show how much aggressive corrosion you should expect on your structures during the first year - reference ISO 9223. The Cotes Corrosion Index is optimized for onshore and nearshore wind farms, as weather data is collected from onshore met stations. No local salt measurements are available, so we are using a global standard. However, in real life you should expect variance in salt levels, especially in coastal areas where sea‐spray aerosol particles contain even more salt than in some offshore locations.

How to use the Cotes Corrosion Index

There are 2 layers on the map. The first layer is corrosionindex_CA100 where Fresno, California, US (close to the famous aircraft graveyards and storage facility) is set as a benchmark for the rest of the world. Here the local dry air preserves the aircrafts, and that location can be used as a reference point for a “best case scenario”.

The second layer is corrosionindex_DA100 that uses Denmark’s west coast as the benchmark (close to the North Sea and many offshore wind farms). This location should more be seen as a reference point for what an onshore wind turbine should be able to handle compared to offshore conditions. In other words, onshore turbines around Austin, Texas, in the USA are exposed to more or less the same corrosion stress levels as turbines in or close to the North Sea.

What is the corrosion index in your area? Cotes Corrosion Index is under CC by CCO, Michael Holm and CTO, Rasmus Toftegaard from Cotes. If you have any questions or request to see your location on the map, please contact Michael at: mho@cotes.com

What causes corrosion in wind turbines?

In short, corrosion is caused by high or unwanted levels of humidity inside the wind turbine.

What causes excessive levels of humidity? To answer this and illustrate the point, we collected data from inside a turbine at a nearshore site in Denmark with humidity levels peaking well above 75%RH (see image below) with much greater frequency due to changes in temperature. These high levels of humidity constitute offshore conditions at best.

Below is a data sample in similar conditions after a Cotes dehumidifier was installed where we saw humidity levels average around 50% RH. The “peaks” you see in the graph are caused by the tower door being opened.

What is the right way to dry a wind turbine?

For over 20 years, Cotes has worked closely with wind turbine manufacturers on their wind turbine protection and maintenance strategy. Today, our dry-air solutions (adsorption dehumidifiers) are in over 80 percent of all offshore turbines as we work with major OEMs - Vestas, Siemens Gamesa, GE and Shanghai Electric to name a few. We are also involved in new offshore projects like X1WIND. 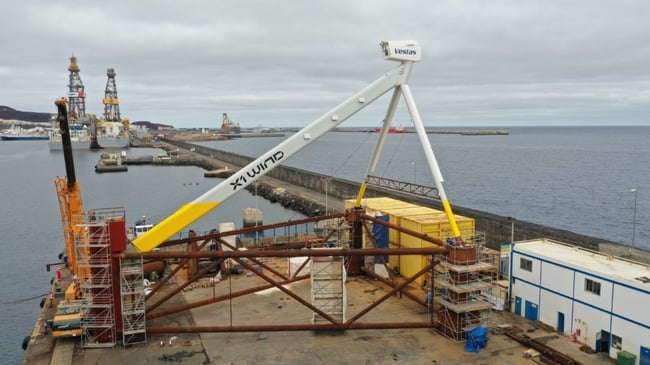 PivotBuoy®, developed by a consortium lead by X1Wind and helped by contributions from industrial partners including Cotes, is near completion after 2 years of hard work, testing, and development. Read more.

Furthermore, Cotes already supplies small adsorption dehumidifiers (also called desiccant dehumidifiers) to all major OEMs for nacelle and tower transportation to protect assets as they embark on long journeys for months at end, sometimes years, before being installed and becoming operational.

Once in operation, creating a more stable climate inside the turbines with an integrated dehumidification system is crucial in creating a better working environment for engineers and service technicians, increasing wind turbine output, enabling a faster start-up process, ensuring significant savings with reduced wind turbine downtime due to lower corrosion classes and fewer faults in the electrical systems.

Making the right decision for your turbines and your business

When considering the right dry-air strategy for your wind turbine you need to consider if the corrosion class of your turbine is suited for the corrosion index of the surrounding climate on site. So, when turbines are being installed in hot and humid locations – APAC region as an example – we see an increasing demand for a stable dry-air solution. This is all a roundabout way of saying, “High humidity bad, dry air good”.

But don’t take our word for it!

Fraunhofer released a report In light of the frequent and costly failures of power converters in wind turbines. A large consortium of research institutes and companies joined forces to investigate the underlying causes and key driving factors of the failures. [Spoiler alert! Humidity issues are key driving factors]