In partnership with UNICEF, Cotes launches a global initiative to "Give Back The Water We Take". Cotes removes unwanted moisture and water from the air and with the help of UNICEF will give fresh drinking water to children and families who truly need it most.

Cotes, in partnership with UNICEF, is enabling fresh drinking water initiatives in Zambia where local communities are hit hard by recent droughts.

Because Cotes adsorption dehumidifiers remove unwanted humidity from the air we wanted to give that which we take. With the help of UNICEF, we give what we take from the air by providing fresh drinking water to those who truly need it most in water-scarce communities across the world.

In the Zambian districts affected by drought and COVID-19, UNICEF and partners like Cotes have enabled 81 boreholes in local communities and 25 in health facilities the past year. Cotes has committed to giving up to 70 million litres of fresh drinking water in 2022 and you can help us give even more!  Give an extra 1000 litres with a SHARE or a LIKE. 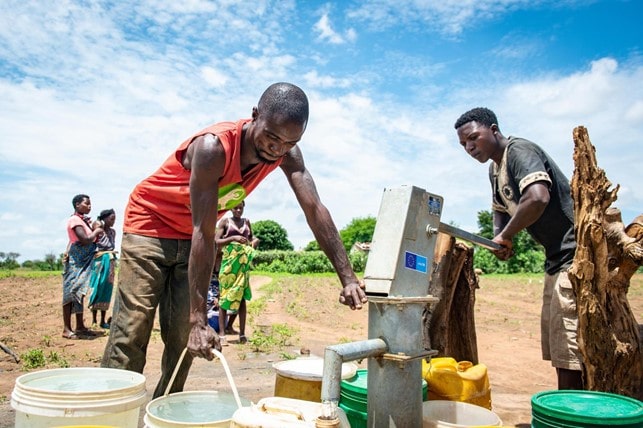 For Mr Mambo Muleya Pascal in Chikwala village, it wasn’t the impact of the 2019 drought that he feared the most but the problems that came with the rain. As the headman of a village more than 120 kilometres from the district town (Mazabuka), life before the new community borehole was tough.

“We had no access to clean and safe drinking water,” he says. “For a few households, they had shallow wells where water was drawn. Yet, the rainy season always posed a lot of challenges as the water carried along with faecal matter which was deposited in the shallow well.”

In the past, the only source of water for more than 250 people were shallow wells or streams shared with local goats, pigs and cows. “As a result, the villagers had frequent cases of diarrhoeal diseases as well as dysentery caused by water bacteria,” he says.

In October 2020, UNICEF supported the drilling of the community’s first borehole, which is serving Chikwala village and neighbouring communities with clean and safe water.

With support from European Union Humanitarian Aid, five boreholes have now been drilled in the district. As part of the wider EU humanitarian aid supported work, 81 boreholes in communities and 25 in health facilities are being constructed in the districts affected by drought and COVID-19.

“Looking back to the 2018/2019 drought situation that really affected the Southern Province, the people in Mazabuka were not spared, especially as there was no borehole then,” said Mr Alex Kainzila from the District Council. “Some shallow wells dried up, streams had less water. As the water in the streams was shared with domestic animals, people opted to get up early to draw water as the dirt had settled through the night. With these boreholes in the district, problems of water in the future have been addressed,” he said. 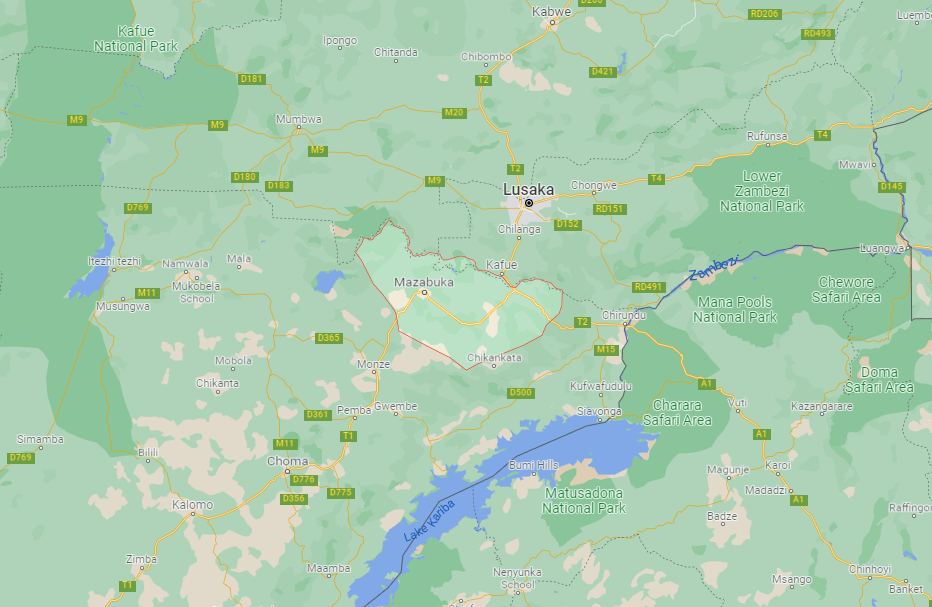 Climate-induced disruptions like drought can destabilize household and community livelihoods as a recent qualitative study[1] concludes after looking at the impact of severe and prolonged droughts on gendered livelihood transitions, women’s social and financial wellbeing, and sexual and reproductive health (SRH) outcomes in five districts in Zambia’s Southern and Western Provinces, including Mazabuka district.

Another Chikwala village resident, Ms Christie Maambo, who volunteers at the local health centre, also described the difficulties they faced before the new borehole:

“Because of the distance we had to walk to draw water before - and the number of water buckets and containers that needed to be filled - women and children would be getting up as early as four o’clock in the morning each day.”

To ferry water back to their homes, families often called upon the help of their children.

“This had a negative impact on our children’s education as they were too tired to go to school after drawing water. The frequent absenteeism from school led to low grades,” said Ms. Maambo. “Now we say goodbye to early morning walks of 2km each way to draw water from the streams before sunrise. We now can draw water at any time of the day,” she said with a wide smile on her face.

In Chikwala village, the new borehole has already increased school attendance, and residents report a decrease in water-related diseases.

“We say goodbye to dirty water in our community. This intervention will go a long way as we have already seen a number of positive impacts in just a short period of time since the installation of the borehole,” said Ms Maambo.

We give BACK THE WATER we take

Turning pharmaceutical production around with the right dry-air solution

Improving the speed and quality of building and construction work