Extreme weather conditions can lead to maintenance and operation issues in the towers and nacelles of wind turbines. Cotes helps you dry out the turbines after they defrost and get your wind farms up and running safely and efficiently.

The cold snap that sent Texas and some surrounding states like Oklahoma into a deep freeze in February this year left over 4 million homes and businesses without power, skyrocketing electricity bills, and a power grid buckling under the strain. It dwarfed the energy demand of sweltering summer temperatures in the region, and even when some were quick to blame the wind industry for the shortcomings of the power grid, utilities were quick to respond with data.

The Electric Reliability Council of Texas (ERCOT), which supplies about 90% of the state with its power, clarified in a statement that wind power was responsible for just a fraction of the power loss during this period. Of the 45,000 megawatts of power offline during the peak, 30,000 megawatts stemmed from natural gas, while 16,000 megawatts were from wind turbines.

Dan Woodfin, a senior director for ERCOT, told Bloomberg that frozen gauges and instruments at natural gas, coal, and nuclear plants cut into operations. Natural gas-fired plants also had to deal with low gas pressure in their supply lines.

So, let us park the question about what caused the power cuts and focus on what happens to the wind turbines that are exposed to extremely cold temperatures.

During the cold snap in Texas, the wind turbines were exposed to similar conditions as some of our wind turbine clients in Scandinavia and UK. In such extremely cold conditions humidity issues normally occurs after stand still of the turbine that can be either due to the grid loss, service, or curtailment for more than 24 to 48 hours. After a period like this it is very important to have the right dry-out strategy, to prevent expensive component or electrical failure.

Temperature changes create condensation and in the case of this Texan cold snap the humidity generated by the large amount of melted snow and ice will need to be removed from the structure.

Mogens Sode Nielsen, Technical Sales Manager for Cotes Wind explains: “We know from our experience in onshore wind farms in typically colder regions, that when all that snow and ice melts, asset owners will unfortunately face more humidity issues in their turbines and expose critical systems to electrical failure and corrosion. The humidity can cause converters, transformers and control systems to fail. Having a dry-air strategy is a must, whether your wind turbine is onshore, offshore or nearshore.” 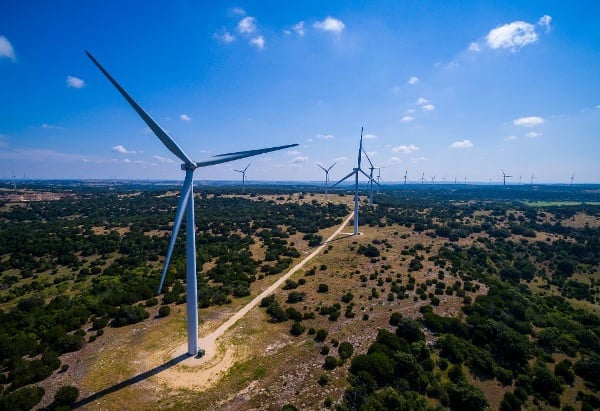 Even under “normal local weather” conditions in Texas, typically hot days and cold nights, condensation forms and creates maintenance issues in the towers and nacelles of the turbines. This issue only gets worse the closer you get to the Mexican Gulf where you also must account for the higher salt concentration in the air.

Cotes has been in contact with onshore asset owners in southern part of Texas over the past 12 months. All acknowledge humidity issues with their onshore turbines leading to electrical failures, down time, increased wear-and-tear on the internals (corrosion and mould growth).

“Currently we are talking to a handful of asset owners in the southern part of Texas, who accumulatively own more than 4000 turbines in Texas alone. They all agree that humidity is a problem in their turbines that lead to downtime, increased maintenance costs and even potential failures. We're in the process of installing our first dehumidifier onsite in Texas, so we are excited to see and share the first results”, Mogens explains.

If you want to know more about this specific project and/or how Cotes could help you bring your turbines back to working conditions and prevent such issues in the future, feel free to reach out to Mogens!

But don’t just take our word for it!

Fraunhofer also released a report In light of the frequent and costly failures of power converters in wind turbines. A large consortium of research institutes and companies joined forces to investigate the underlying causes and key driving factors of the failures. [Spoiler alert! Humidity issues are key driving factors]

What is humidity and how do you measure it?

Wind turbine expert explains the value of a dry-air strategy